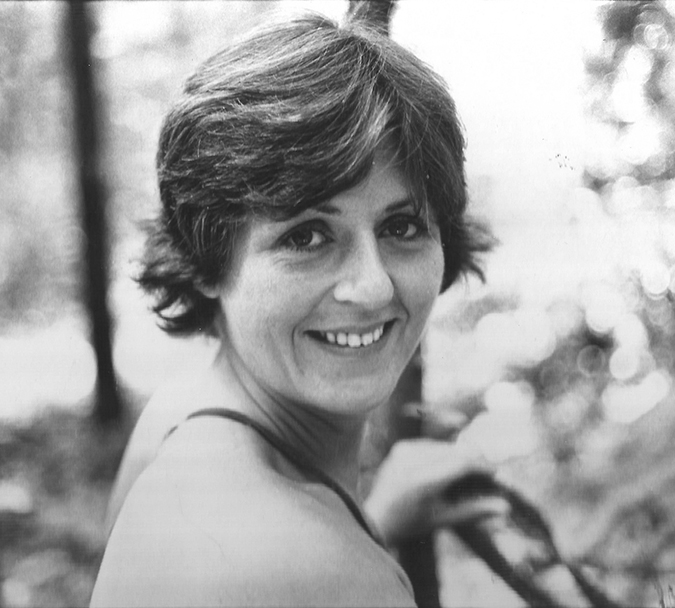 Brenda French passed away peacefully in her sleep on December 2 in Santa Fe, New Mexico. She was 78.

Brenda was born on June 24, 1939, in Ashton, England, to Frank and Nellie Howarth. Her first six years were spent living through World War II, with constant air-raid sirens, severe rationing and many nights spent sleeping in the cellar.

She attended a strict all-girls high school from 1954 to 1958 and hated the required uniform and the oppressive rules.

After graduation, Brenda became a home economics teacher, but found little joy in the job. Her parents wanted her to marry a shopkeeper, but instead she decided to move to America.

At age 21, with two friends and a few hundred dollars in her pocket, Brenda boarded a cruise liner and landed in New York City in the summer of 1960. She landed a job as a proofreader at the Tobe Report, which released weekly publications on New York fashion.

In 1963, Brenda’s father gave her an “Anywhere in America” bus pass for her birthday and as she traveled the country, she was particularly inspired by Santa Fe. Two years later she met Robert French, a partner in a commercial film production company. They were married and, in 1969, their only son Nicholas was born.

Brenda left her job at Tobe and opened her own clothing store. Many nights as she walked home, she would pass the enormous display windows of Bloomingdale’s and say to herself, “Someday my clothes will be in those windows.”

In the mid-1970s, Robert’s business closed, and they moved with Nicholas to Los Angeles. Brenda often told the story of driving up Chautauqua Boulevard for the first time and falling in love with the small town of Pacific Palisades. She found a three-bedroom apartment on Haverford with an ocean view and sun deck for $400 a month.

In 1978 Brenda and Robert were divorced. He gave her $3,000 and moved to India and was never again a part of the family’s life in a meaningful way again.

With that money, Brenda started a business. She purchased a special knitting machine and yarn and hired one employee. She began making scarves in the spare room of her apartment, dyeing them in the kitchen sink, then hiring a babysitter so she could sneak off to the local laundromat in the middle of the night to wash them.

Brenda’s clothes were an instant hit. Someone saw her wearing one of her scarves and said, “What’s that rag around your neck?” Brenda snapped back, “That’s not a rag, it’s a FRENCH RAG” and the company name, French Rags, was born.

The business grew rapidly and Brenda opened a small factory in Culver City. She was able to design a full fashion line based on her idea of casual elegance: jackets, skirts, sweaters, hats, dresses, tops, coats. Each piece handmade, hand-finished and beautifully designed with exact English tailoring.

Her company exploded during the ‘80s and ‘90s, with three factories and 375 employees. Brenda purchased her first house on Kagawa Street and opened a store in Santa Fe. Hillary Clinton was photographed for the covers of People, Newsweek and Time magazines, wearing French Rags. President Bill Clinton was photographed wearing a sweater Brenda had made especially for him. Subsequently, she was invited to the White House. Brenda appeared on television shows and received numerous awards and honors, including Business Woman of the Year in Los Angeles.

At age 24, Nicholas French, who graduated from Palisades High School, was diagnosed with a rare inoperable sinus tumor and was given only months to live. An experimental surgery was performed at UCLA that saved his life. Brenda took care of Nicholas during years of very difficult treatment and, despite the long odds, he survived.

In the mid-1990s, Brenda became frustrated with the department stores and pulled her product out, while pioneering trunk shows in hotels and people’s homes. She also opened a store inside her own factory and did well with direct selling.

By 2005 it became increasingly difficult to maintain the business and compete with overseas garment manufacturers, who made 98 percent of all the clothing sold in America. In 2006, Brenda closed French Rags, sold her Palisades house and retired to Santa Fe.

During her last years, when she had ovarian cancer, her son Nicholas cared for her.