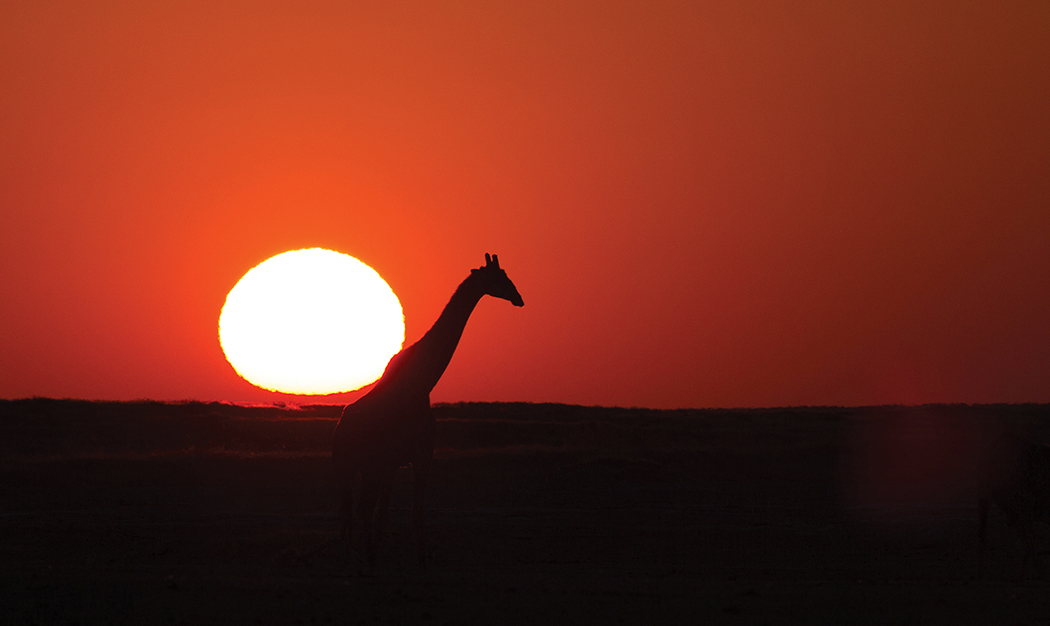 Sylvie Rokab wanted to watch a movie about humanity’s deep relationship with nature, but she couldn’t find anything like the documentary she imagined seeing. “There are lots of nature films and hardcore environmental films about nature,” said Rokab, a documentarian who has worked on projects for the Discovery Channel, PBS and the Travel Channel. “I wanted to watch a film celebrating us and our connection to the natural world. I thought, ‘Nobody’s making that film, so how about if I end up making it?’”

The result of her decade-long dream is Love Thy Nature, which opens in Los Angeles on Friday, May 6, at Laemmle Monica Film Center (1332 Second St., Santa Monica). The movie, which began opening across the country in April in coordination with Earth Day, is a visually stunning and gently moving piece that reminds viewers how necessary a connection to nature is both for our species as a whole and each individual person.

Love Thy Nature, narrated by actor Liam Neeson, plays all week at the Laemmle, and many of the showings involve special events, such as Mother’s Day on Sunday and Friday’s 7:20 p.m. premiere showing, which will be followed by a Rokab-moderated discussion with environmentalists Andy Lipkis of TreePeople and Atossa Soltani, the founder of Amazon Watch. (Visit: lovethynature.com<http://lovethynature.com> for more information.)

“I’m really wanting to bring the community together,” said Rokab, a Highlands resident. “The big buzzword of the film is ‘connection’—connection with nature and connection with each other. Instead of having people watching at home on television, come out and enjoy the conversation.”

Rokab is hoping that the movie stimulates people to reconnect with nature, and she has already heard back from some viewers that the movie has had just that effect. An attorney friend who attended a focus group showing one evening told her he felt compelled afterwards to visit the beach on his way home, so he drove to Malibu around 10 p.m. to simply connect with the ocean.

After a showing in Rokab’s hometown of Rio de Janeiro, a woman came to her in tears with her lips trembling. The viewer told Rokab that she had given up pursuing a biology degree because she had “lost hope for nature.” The movie had reawakened her passion and her desire to connect to nature. She planned to rethink her career. “It cracks people’s hearts and minds open,” Rokab said. “It touches people in terms of possibility and potential. We celebrate the human species, instead of putting the species down. We show the incredible potential we have to change the world—both of our societies and our personal life. We cannot disconnect. We die inside, personally, spiritually and emotionally without nature. With it, we come alive.”

For Rokab, making Love Thy Nature has been a long journey of persistence and inspiration. Ten years ago, when she decided to make the movie, she immediately began writing the proposal. She also chose to move to Los Angeles, because while she had a successful career in Miami working on documentaries, she felt that Los Angeles would be the best place to bring Love Thy Nature to life.

When talking to her L.A. realtor about where she wanted to live, she specified that she needed someplace with “pockets of nature.” From a previous trip to L.A., she remembered a community near the ocean with mountains, and she asked the realtor to help her find it. It turned out to be Pacific Palisades.

When the realtor took her up Palisades Drive, Rokab began snapping photos. “I was shutter-happy,” Rokab said. “I could tell she was going to take me to a beautiful place.” She first rented and later purchased a townhouse with hiking trails nearby and a creek where every day she can “listen to the symphony of frogs. Coming to the Palisades was a no-brainer. Paradise in L.A. is right here in the Palisades.”

However, making Love Thy Nature was not so easy. She worked to get funding through the economy’s ups and downs, including the 2008 recession a year after she arrived in Los Angeles. At one point, she had reached a creative and financial standstill. During this period, she had a dream wherein her former sister-in-law, Danielli Amorin, a yoga teacher, was swimming in a natural pool. When Rokab woke up, she found an emailed invitation from Amorin to a yoga retreat at a spot with a natural pool.

Rokab flew home to Brazil to join the retreat, where she also shot pieces of the movie. A scene with Amorin swimming and emerging from the pool became the poster image for the film.

“How’s that for synchronicity?” Rokab said. After this experience, “things started falling together. People began expressing an interest in working with me.” Over the following years, numerous people provided their expertise “for very little money, believing in the importance of the message,” she added. “It took a village to make this film.”

Technology is also a prominent feature of the 76-minute film. Rokab chose to create an immersive movie with high-end visuals and surround sound. In addition, some portions of the movie focus on biomimicry, a type of science that looks to nature for inspiration. For example, nanostructures in nature are inspiring new technology, and nature’s colors are providing ideas for creating colors used in cosmetics, paints and dyes without pigments or toxic ingredients.

The combination of nature and technology is a comfortable one for Rokab. She grew up with nature-loving parents, but also enjoyed photography and the technology involved in it. Each weekend, the family would visit the beach or go hiking, and this childhood shaped her view of the world.

“I loved to play with electronic gadgets, but we were also nature lovers,” said Rokab, who graduated from Barry University in Miami in 1996. “We don’t have to give up our connection to nature to be high tech.” Rokab added that some viewers of the movie have asked her what they can do to connect with nature when they live in an area where parks and greenery are lacking. “A lot of time it can be as simple as opening a window in the morning, looking at the sky and seeing clouds passing by, or watching a sunset,” Rokab said. “Or take a week or two every year to connect with nature. Find a place that’s going to take your breath away—that’s what ultimately connects us with the world and with each other. It makes us healthier and happier people.”

She noted that some environmentalists have asked her whether connecting people to nature and stimulating their love for it can create activism on nature’s behalf.

By May 4, 2016
in Uncategorized
Related Posts
Comments
Leave a ReplyCancel reply