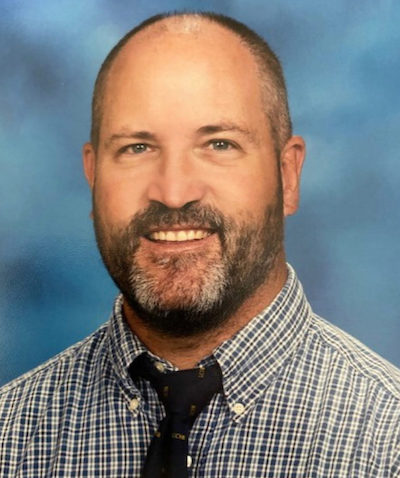 As Assistant Principal at Palisades High, Banducci’s duties will include athletics, student discipline and activities. He has been in education for around 30 years and accepting the position at Pali was a “no-brainer.”

He started as a physical education and health teacher. He has worked at Santa Monica High School, Malibu High School, and most recently, as an Assistant Principal at Thousand Oaks High School. At Pali, he plans on attending student events, games, and activities as he considers it his favorite part of the job.

Banducci was officially hired on July 1st, replacing out-going Assistant Principal Russ Howard. Howard graduated from Pali in 1978 and spent about 35 years working at the school.

Banducci is no stranger to the neighborhood. He grew up in the alphabet streets and learned how to ride a bike and skateboard on campus. Banducci graduated from Santa Monica High School, where he played football, wrestled, and baseball. During his free time, he enjoys spending quality time with his wife and two kids.

He admitted that one of his challenges coming to Pali will be the learning curve of becoming comfortable with the culture and students on campus. However, he is excited about his new role as Assistant Principal because it is a “unique position” and “checked off all the boxes” from his experiences.