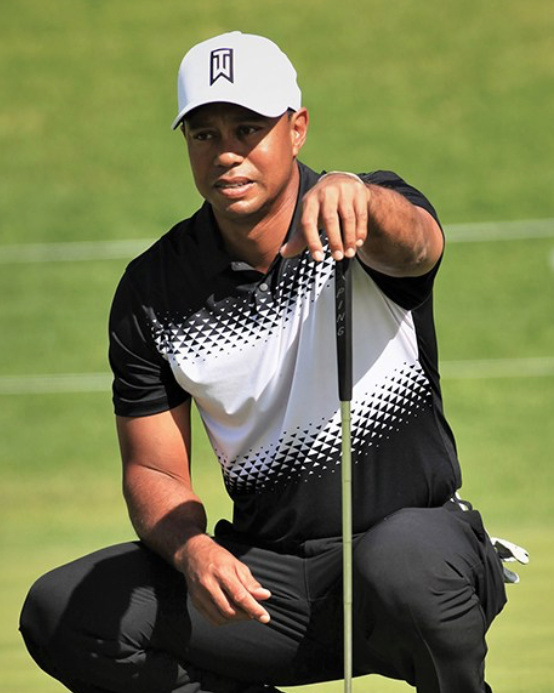 With Tiger Woods returning to the Riviera for the first time in 12 years, crowds broke records at the Genesis Open last Thursday and Friday. Thousands of fans followed Tiger, Dustin Johnson, Bubba Watson, Phil Michelson and other favorite pros around the course.

But if one really wanted to see his/her favorite golfer up close, the traditional Pro-Am event on Wednesday was the way to go.

“Normally, I don’t come to this event,” said Hawthorne resident John Morrison, who was standing along the fairway on the second hole waiting for Tiger to hit his second shot. “But my buddy [Art Brinkley] is up from Arkansas and he is the biggest Tiger Woods fan. We were within five feet of him on the first hole.”

Brinkley said he’s been following Tiger since the golfer was only about four years old. “I said back then, if he keeps playing, he’ll be great,” Brinkley said. “[Today] I was so close to him you could almost touch him.”

Morrison said he was a Phil Mickelson fan, and promised to return for next year’s Pro-Am because “It’s not crowded.”

The Pro-Am pairs a professional golfer with three amateurs, and if Pacific Palisades residents want to know how they can participate, they can ask former honorary mayor Sugar Ray Leonard, who played with pro Wesley Bryan this year, or they can visit the Genesis website. Actor Mark Wahlberg was paired with Woods on Wednesday.

On the fourth hole (called the toughest par 3 in the country by the great Ben Hogan), Shawn Domi and Josh Baker were having an 8 a.m. beer as they waited for Woods to come to the tee. “How many times will you get to see Tiger?” Baker asked, noting they were also excited to see the course and had heard the crowds wouldn’t be so bad on Wednesday.

Dave Osman, vice president and brokerage manager for the Santa Barbara Region brokerages of Sotheby’s International Realty, had been a member of the Riviera for 22 years before moving from the Palisades. “I’m watching Dusty,” he said. “He’s the No. 1 player in the world.”

There were only a half-dozen people around the ropes when Dustin Johnson’s group came through, and rewarded them by scoring birdie.

“I go play golf in the afternoon after watching them [pros],” Osman said, “and I find I play better.”

Max Dorsch and Steve O’Neil were making their first visit to the Pro-Am. “I usually go on Thursday or Friday,” Dorsch said. “This is a different experience. The golfers are loose and relaxed and chatting with everyone in the galley. This is more fun.”

“This is the first Pro-Am I’ve ever been to,” O’Neil said. “It’s everything that Max said. It’s a lighter vibe.”