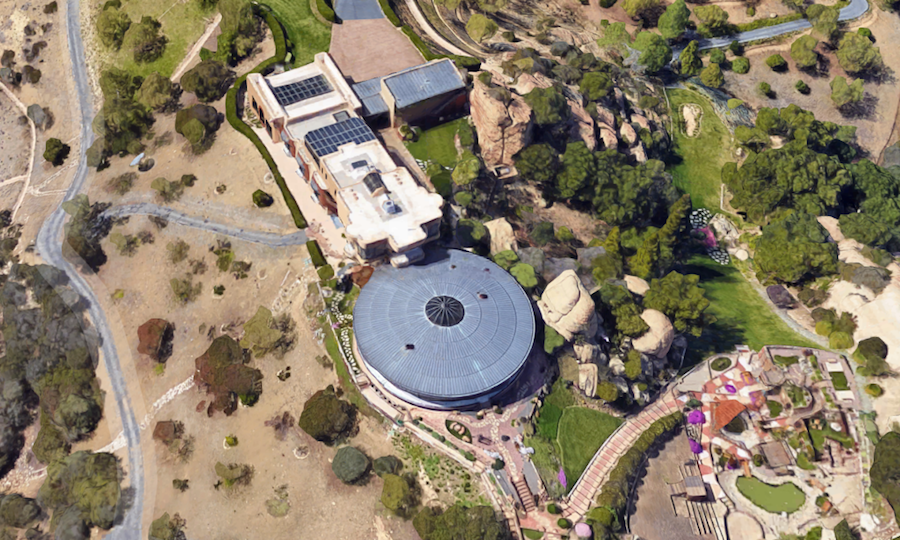 Comedian and talk show host Arsenio Hall has sold his home of 30 years in Topanga, as reported by The Dirt.com. It was a sale where the property was never publicly listed according to county records.

The estate is comprised of 34 acres of land as part of one of the area’s largest compounds. The main house has over 10,000 square feet of living space but is a mystery to anyone who hasn’t lived on the site. Not much is known about the house and grounds other than aerial photos and what tax records describe because the compound has never been sold on the open market.

The sale was for a relatively low $9 million, at least in Los Angeles County real estate sales terms, but is a big number in the Topanga area. The estate is a series of six land parcels that are on the edge of the Santa Monica Mountains Conservancy area. This means that the home is about as private as a home can get in Los Angeles. The estate also comes with full 360 views of the city, the mountain areas, and the Pacific Ocean from its site in the mountains.

Even though the estate is remote, the property is still outfitted with a barbed wire fence and a surveillance system. The home has two gates with driveways that lead up to multiple motor courts that can hold literally dozens of vehicles.

There are three main buildings, including the main house which has a Santa Fe-style feel to it. The outdoor area comes with hiking trails, a pond shaded by Pergolas, a full-size tennis court, a playground and a full-sized putting green.

According to The Dirt.com and county records, Hall’s neighbor, Robert M. “Rob” Fedoris and his partner Liz Hopkins. They live across the road from Hall’s former home. Fedrois is, according to The Dirt.com, currently an executive at the private family office and company, Franklin Monroe, which was formerly connected to the Guggenheim Partners which was Fedoris’ former employer.  Franklin Monroe is owned by Mark Walter, the owner of the Los Angeles Dodgers.

Hall has been reclusive since his television talk show went into syndication and earned him enough money to fall off the radar with ease. He has now moved to a contemporary estate in Tarzana from the NCIS actor Sean Murray.