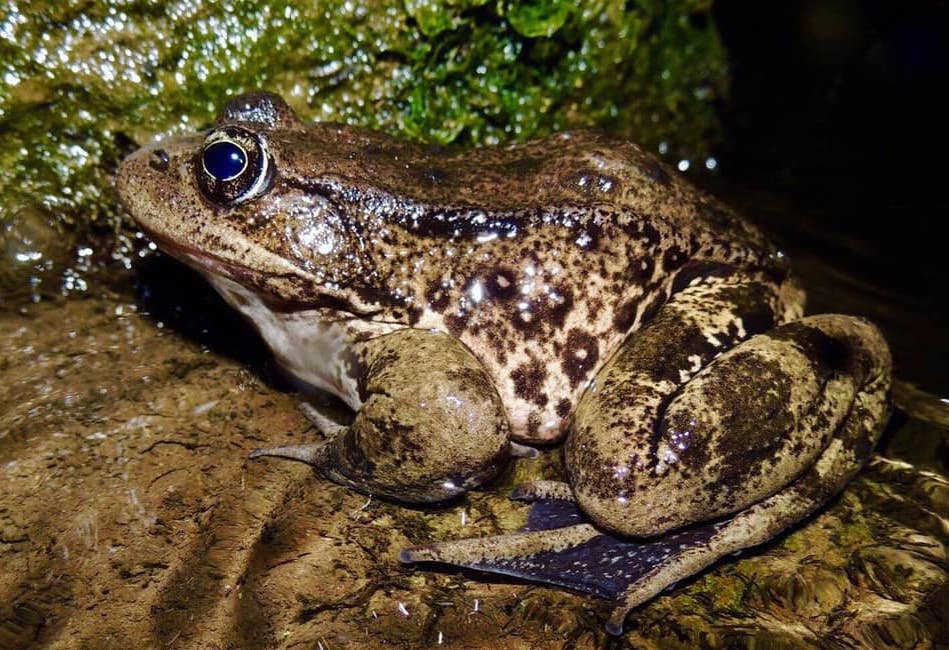 Nearly 30 adult California red-legged frogs (Rana draytonil) have been discovered in four translocation sites created by the National Park Service (NPS) in 2014 to help reintroduce the threatened species back into the Santa Monica Mountains. According to the NPS, California red-legged frogs have not lived in the Santa Monica Mountains since the 1970s.

“They are listed as federally threatened under the Endangered Species Act and they are a state species of special concern,” said the NPS.

“I still don’t know what’s going to happen, but it’s a big deal that these frogs survived the fire and the mudslides,”

Katy Delany, an NPS ecologist, has been leading the reintroduction project since 2011. Partners in the project include California State Parks, the Mountains Recreation and Conservation Authority, the Santa Barbara Zoo, the Santa Monica Bay Restoration Commission, the Santa Monica Mountains Conservancy, the U.S. Fish and Wildlife Service and the U.S. Geological Survey (USGS).

Delaney was amazed by the discovery, especially considering the many threats to the nocturnal species. “I still don’t know what’s going to happen, but it’s a big deal that these frogs survived the fire and the mudslides,” Delaney explained. “I think that the fact that they survived all of that is extraordinary.”

Following last year’s Woolsey Fire, which threatened the natural habitat of over 500 species in the Santa Monica Mountains, biologists found only two red-legged frogs. The issue that remains following the recent discovery of the small species is how successful they will be in breeding on their own next spring.