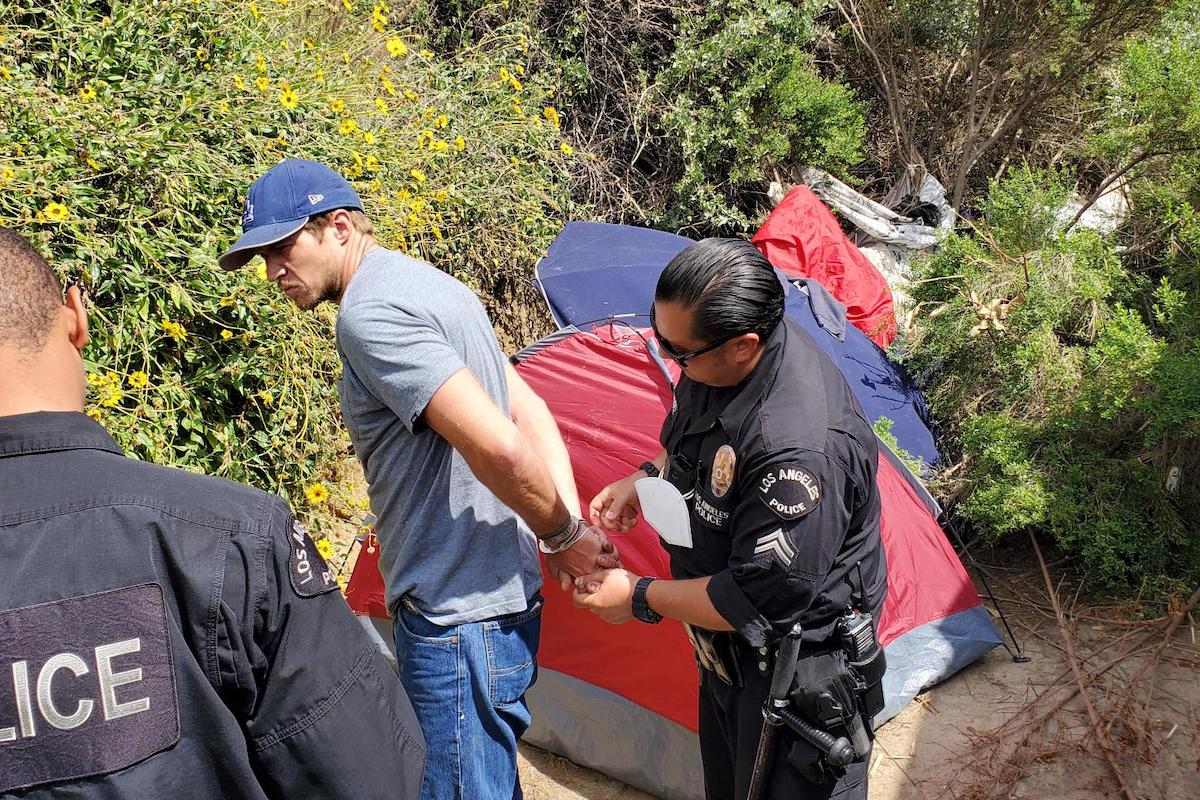 The Pacific Palisades Community Council (PPCC) has asked Los Angeles City Councilmember Mike Bonin to use discretionary funds to provide additional LAPD officers to patrol the beach around the Palisades. Bonin, however, says his office will use such funds towards preventing homelessness.

At its meeting on June 9, the PPCC unanimously passed a motion to approve a letter requesting Council District 11 discretionary funds to allow for the assignment of additional officers to the LAPD Palisades Beach Detail this summer. There are currently two members of the Beach Detail, LAPD Officers Margin and Bermudez. The PPCC says, however, that these two officers are being stretched thin due to increased homelessness in the area. The PPCC writes it would like to see at least four but no fewer than two more officers to aid Officers Margin and Bermudez.

“An influx of visitors to our beach and hillside areas regularly occurs during the summer months. Families flock to the beaches and many children and young adults participate in summer camps and the Junior Lifeguards program at Will Rogers State Beach. At the same time, the Pacific Palisades Task Force on Homelessness (PPTFH) informs us that many more persons experiencing homelessness (PEH) traditionally come here in the summer and are already beginning to arrive in greater numbers this year,” the PPCC writes. “The efforts of our Beach Detail are critical to maintaining public safety, but will be stretched thin with the increased numbers of PEH and other visitors expected during the coming months. Last summer, we were fortunate to have four additional officers assigned to the Beach Detail – for a total of six officers. We need the same number of officers assigned this summer. Their efforts are critical to ensure and maintain public safety for everyone – community members, beach visitors, PPTFH volunteers, outreach workers and PEH alike.”

“We understand that CD11 has discretionary funds which may be used to fund overtime for additional officers to be assigned to the Palisades Beach Detail. We’re also told that Councilmember Koretz has authorized the use of CD 5 discretionary funds for overtime for additional LAPD West Division patrol officers in Westwood and other areas of that District,” the letter continues.

The LAPD did not immediately respond to a request for comment. Councilmember Bonin’s office, however, responded by saying discretionary funds will be used towards combating homelessness, saying that the LAPD budget is at a record high already.

“The budget for the Los Angeles Police Department is at a record high, dwarfing expenditures for everything else in the city. For the remainder of Councilmember Bonin’s time in office, he is focusing use of his discretionary dollars on efforts to address the homelessness crisis and on strategies to prevent homelessness. He is funding shared housing programs and organizations doing outreach and providing casework to unhoused individuals, and he is providing money to groups working to prevent homelessness and support people at risk of homelessness, such as tenants, foster youth, and survivors of domestic violence,” reads the statement from Bonin’s office.

Update: LAPD Captain Jonathan Tom has issued the following statement on this issue.

“In prior years West LA has received loans of additional officers during the summer months so that the Beach detail can operate 7 days a week.
Unfortunately, the LAPD continues to experience significant staffing challenges with a workforce reduction of over 600 officers department wide.  West Los Angeles has been similarly impacted with a work force reduction of approximately 13.5% from our authorized strength of 251 sworn personnel.  Providing Basic Patrol functions remain to be the the highest priority and we must meet a minimum patrol staffing to accomplish this which significantly inhibits our ability to staff for Beach Detail coverage that we previously had.
The LAPD can not solicit additional funding for O/T details from council districts but we will do our best to provide the highest level of service we can while operating within the budget we have.
We have been fortunate to receive transfers of funds from other council districts to address specific community concerns. Those funds are utilized to fund O/T details within the Council districts that provide the funding.
I would like to reassure the Palisades community that regardless of additional funding, we take their concerns seriously and will provide the highest level of service within our means.”