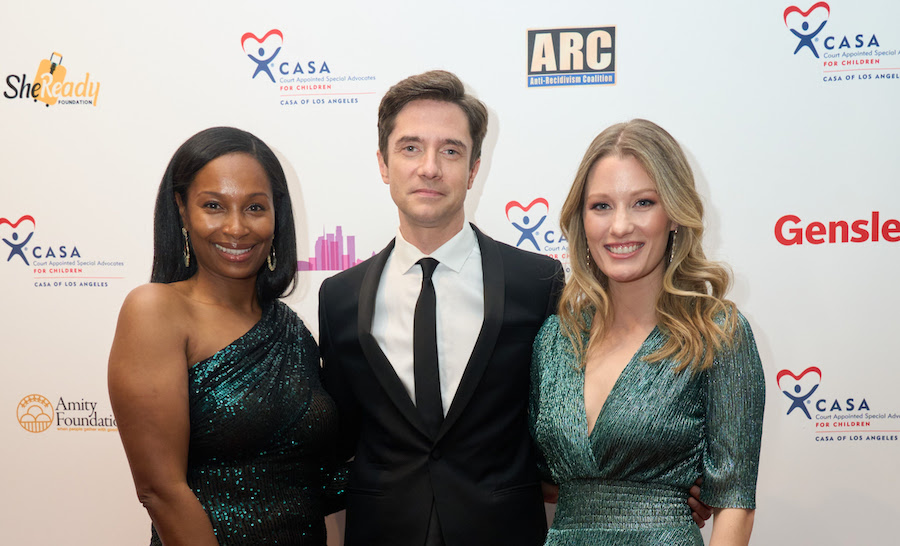 The event was hosted by Topher and Ashley Grace and honored Film Producer, Founder of the Anti-Recidivism Coalition and CEO of One Community, LLC, Scott Budnick as well as Chair of the LA County Board of Supervisors, Holly J. Mitchell.

“The fundraising event brings together volunteers and dedicated community members to honor Los Angeles leaders who have demonstrated extraordinary commitment to children, including children who have been abused or neglected and are living in foster care,” event organizers said.

CASA of Los Angeles is a 501(c)(3) non-profit organization that organizes community volunteers to take action and advocate for children and families impacted by LA County’s overburdened child welfare and juvenile justice systems. The children and youth served by CASA/LA come from historically underserved populations that have experienced the extraordinary consequences of racial disparities and structural inequality that lead to poverty, neglect and abuse. CASA volunteers help children in important ways such as comforting them through emotional trauma and transition, arranging for needed healthcare, social services or enrichment activities, talking with teachers to ensure educational services are in place and reporting to the children’s court and judges by attending court hearings and advocating for the child’s welfare.