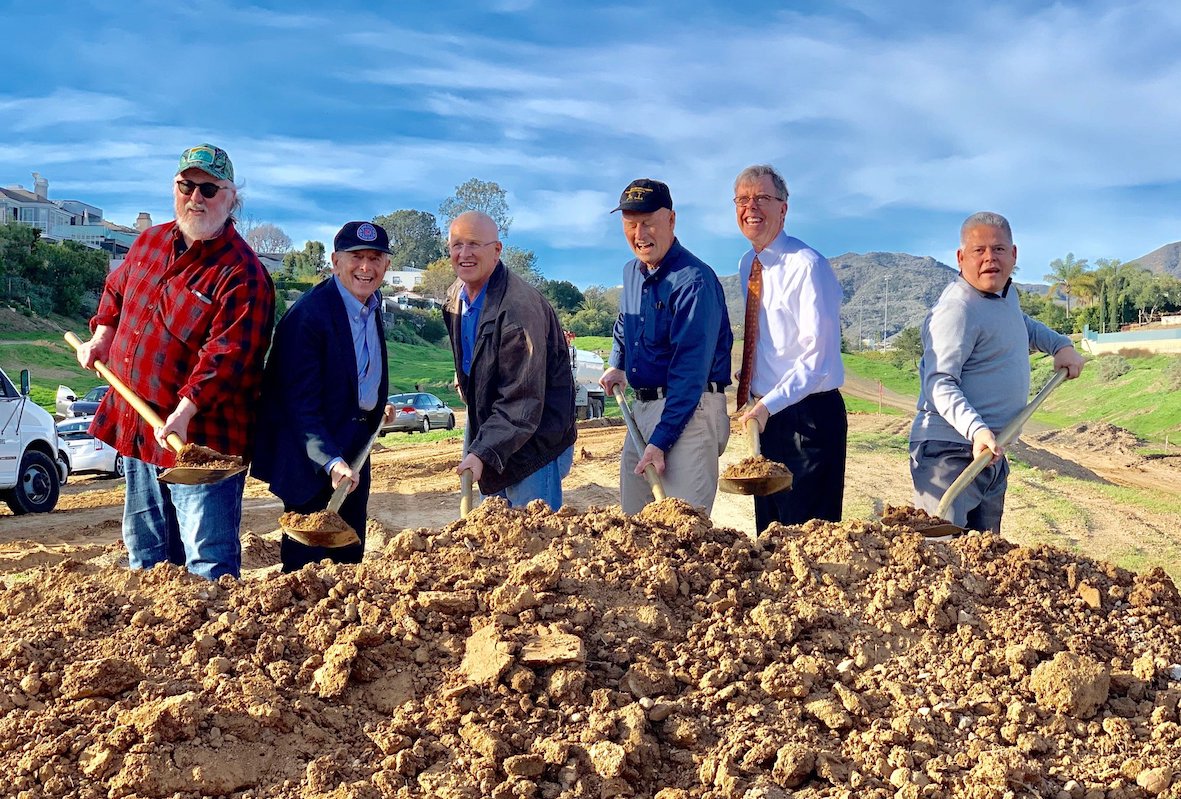 The Los Angeles Board of Recreation and Parks Commissioners, including the Palisades’ own Joe Halper, has approved the naming the future Potrero Canyon recreation area as “George Wolfberg Park at Potrero Canyon,” in honor of the late Pacific Palisades Community Council (PPCC) Chair, who died last February of cancer.

The land was purchased in 1964 by the Los Angeles Department of Recreation and Parks to provide coastal access to and from Palisades Park. Potrero Canyon historically included a natural watercourse through which run-off from the Santa Monica Mountains the Palisades community was carried to the Pacific Ocean. Abnormally high runoff from intense storms in 1978 and 1980 caused extensive erosion, landslides and slippages that led the City of Los Angeles to acquire 22 damaged private properties along the canyon rim. For decades, the planning process dragged on, hampered by lack of funding and at the whim of various bureaucracies for required permits. In particular, the city’s plan to build part of the park near PCH required a permit from Caltrans, which the city was forced to submit three times before approval.

Throughout the whole process, Wolfberg dedicated himself to making sure the park would one day open. The park is set to open next year.

“Mr. Wolfberg’s commitment to parks and our environment was unmatched. In 2004, Mr. Wolfberg became the Chair of the Potrero Canyon Community Advisory Committee and led the community discussion and analysis of the proposed park. He crafted the Report on the community’s consensus for the design and recommended uses for the new 46 acre, mile-long, passive park, including trails through the restored riparian canyon, from the existing Recreation Center to the curb of Pacific Coast Highway. He consistently offered advice and guidance to the Bureau of Engineering and the Department of Recreation and Parks in subsequent years to ensure that the park would not only meet the desires and needs of the Palisades community, but would also be a park for all Angelenos for decades to come,” wrote Councilmember Mike Bonin in a letter supporting the recognition.

“Getting this park built and open and accessible to all Angelenos was a mission of George’s since the 1980s,” Bonin added.

Wolfberg’s entire career was dedicated to the City of Los Angeles. His first job for the City was as a City public pool lifeguard during high school and college. At his retirement, he was the Chief Administrative Analyst (the highest non-appointed position) in the City Administrative Office. He was well known by decades of mayors and city council members.

Wolfberg considered one of his career highlights to be oversight of Los Angeles’ successful divestment from South Africa under apartheid, for which Nelson Mandela came to Los Angeles to specifically thank the City.

Other significant accomplishments include preparing the City of Los Angeles’ bid to win the 1984 Olympics, contributing hundreds of volunteer hours to make that event a success and securing many infrastructure upgrades in the City in preparation. In addition, he created women’s Olympic cycling event by writing it into the City’s bid that the City would present it as an exhibition sport.

He led the communities where he lived with improvements in infrastructure and guiding land use issues, preserving public parklands, creating new systems to support those living without homes and improvements in safety and sustainability.

He served on the Potrero Canyon Community Advisory Committee and advocated for greater public access including a bridge over PCH to link the bike path to the park for pedestrians and cyclists.

He was a driving force in AYSO Region 69, serving in various positions including Registrar and Board Member for 45 years. He became a nationally ranked referee who was still refereeing soccer games for teenagers at the time of his 80th birthday.

In addition, Wolfberg worked with Santa Monica Canyon and Rustic Canyon residents to restore the historic Uplifters Ranch Eucalyptus grove and hand-watered new trees there to nurture them for many years.