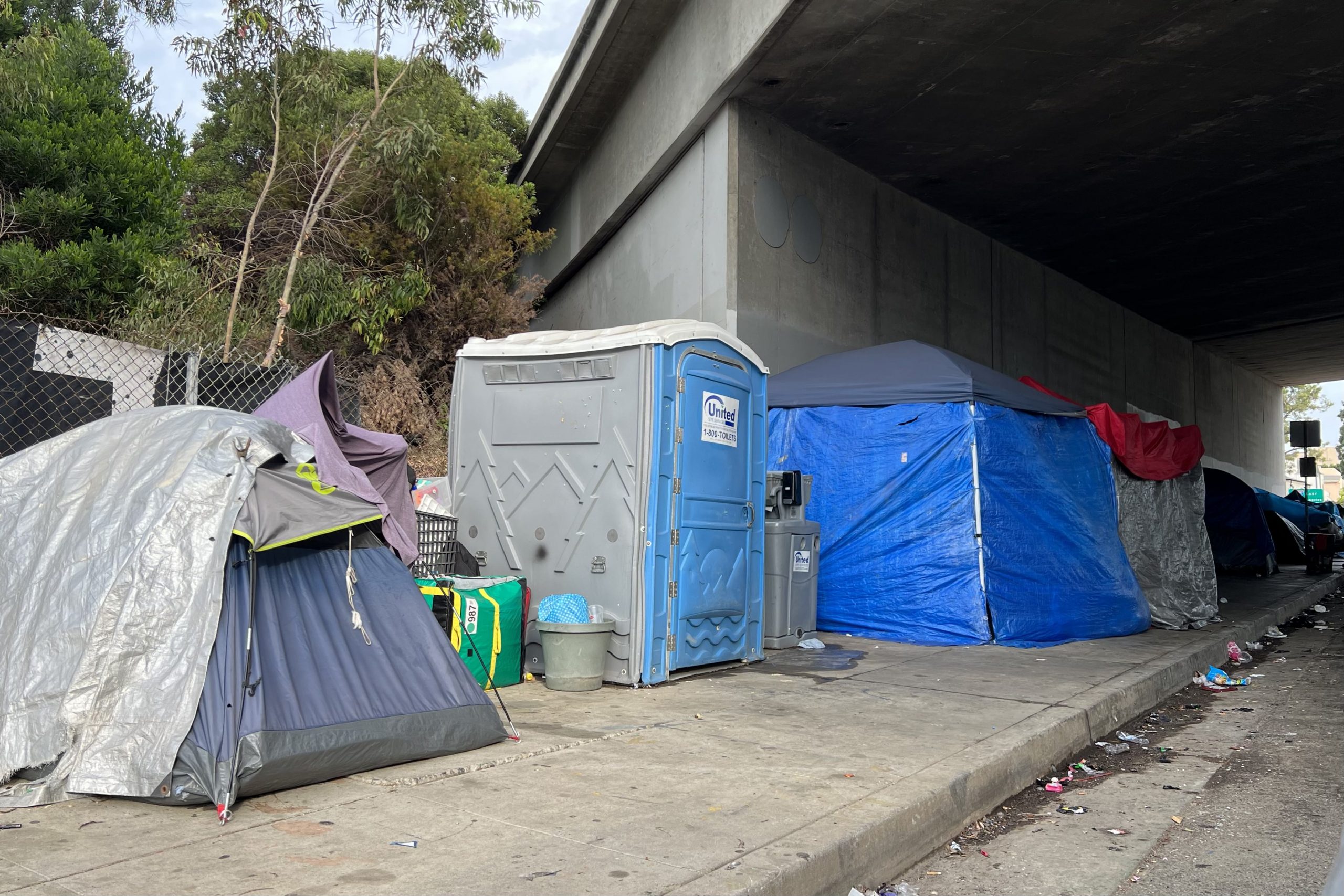 By Dolores Quintana and Sam Catanzaro

Los Angeles City Council this week took steps to ban homeless encampments within 500 feet of schools and day-care centers, among other locations.

At a meeting Tuesday, Council voted 11-3 to expand the areas in which camping is prohibited  to include within 2 feet of any fire hydrant, within 5 feet of any operational entrance or exit and within 10 feet of a loading dock or driveway. The ordinance also allows the Council to include, by resolution, areas within 500 feet of a range of locations, including overpasses, underpasses, freeway ramps, tunnels, bridges, pedestrian bridges, subways, washes or spreading grounds, railroad tracks, schools, daycare facilities, parks and libraries, and any placed deemed to be a threat to public health or safety.

In addition, Council can pass resolutions to prohibit sleeping within 1000 feet of any homeless shelter opened since 2018.

A second and final vote will be required next week since there were three “no” votes: Mike Bonin, Marqueece Harris-Dawson and Nithya Raman.

Martha Alvarez, the head of government relations for the Los Angeles Unified School District, told the council that the District had found 120 campuses with encampments nearby over the last year.

“These conditions are a public health hazard,” she said during the meeting. “They are unsafe and traumatic for students, families and staff as they enter school campuses.”

“Homelessness is getting worse – and the City Council is poised to vote on a new law that will move encampments from block to block, instead of housing the people living in them. I’m a NO vote on this law. We need to focus relentlessly on ending homelessness, not waste money on failed strategies that criminalize it,” Bonin said prior to the Council vote in a social media post.

During the meeting, Bonin spoke and noted that Project Roomkey was coming to an end and that “thousands of people are at risk for being put back on the streets,” and that the city of Los Angeles is letting federal housing vouchers expire rather than distributing them to the people in need. Bonin stated that people are being evicted despite the eviction moratorium in Los Angeles and rents are being illegally raised which will result in more people being pushed out into the streets.”

Councilmember Joe Buscaino–the author of the motion to expand the prohibited camping areas–said during the meeting he has been working to create more beds for homeless people.

The meeting Tuesday was a fiery one with opponents of the expansion in the gallery forcing the City Council to shut down the session and wait until the room was cleared after Buscaino was shouted down by the crowd when he attempted to speak.

After almost an hour, the City Council chambers were cleared and Buscaino and other city councilmembers returned to speak.

PATH, People Assisting The Homeless, the operator of many homeless shelters in Los Angeles including A Bridge Home in Venice, is among those opposed to the expansion of 41.18.

“Broadening the scope and scale of enforcement only wastes valuable time and resources that would be better spent on outreach and housing,” PATH said in a statement. “As participants in those more successful efforts, and as one of LA’s largest service providers for decades, we reiterate that people begin their journey out of homelessness only when we meet them with trauma-informed outreach and adequate housing and services. The safety and well-being of everyone, housed and unhoused, is of the utmost importance. We remind the Council that our unhoused neighbors are far more likely to be victims of violence than they are to be perpetrators. Enforcement of anti-camping ordinances, then, only displaces people and makes it harder for trained outreach staff to establish trust again.”