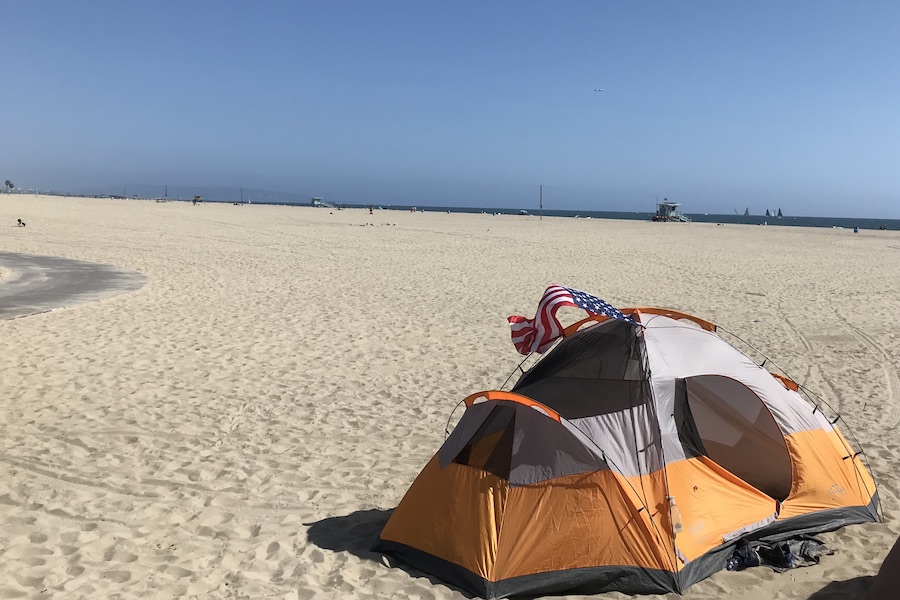 City Controller Ron Galperin was invited by the Pacific Palisades Task Force On Homelessness (PPTFH) to attend their community meeting on May 23 to discuss the potential to use city-owned sites for interim housing or shelters for unhoused people as reported by the Palisadian Post.

Sharon Browning, the PPTFH Co-president, said that Galperin came to PPTFH’s attention after his report on the 26 properties in the city that could be used for housing for unhoused residents of the city.

Galperin has gone on the record that his intention was to show transparency, gain the trust of the people of the city and transform what the office of the controller can do. His view on homelessness is that it is an issue nationwide, but that Los Angeles is the “capital of homelessness” as quoted by the Palisadian Post.

Galperin said, as quoted by the Palisadian Post, “While the city of LA makes up just 1.2% of the entire U.S. population, we are many times over that number, in terms of those who are unhoused. A recent report from the LA County Department of Public Health on mortality among those experiencing homelessness showed a 56% increase over the previous year, with 2,000 people dying on our streets—overwhelmingly, tragically, as a result of drug overdoses. In a so-called civilized society, and a society in which we have so many resources and abilities and smart people in Los Angeles, it’s inexcusable.”

Additionally, Galperin talked about the mayor’s budget that is in force through 2023. The budget proposes $1.16 billion in spending for homelessness and housing services which would represent an increase of $361 million. It includes $415 million under the auspices of Proposition HHH which is intended to fund 10,000 units of permanent supportive housing, $255 million for the second round of Project Homekey, $55 million of one-time funding for the gaps in funding for homelessness services and any additional needs that the Los Angeles Homeless Services Authority might have and $92 million in homeless housing assistance which would include hygiene facilities, homeless “roadmap” operations and other programs.

Galperin added, as quoted by the Palisadian Post,  “We’re spending record amounts of money, but not necessarily with vastly better results. This, what I laid out, is just what the city is spending. Let’s consider also that LAHSA has a budget that is approaching $900 million in the coming year, and of course, you have … monies that are being spent by the county in billions of dollars … and then there is state money, as well. That’s why I believe that the role that I play as a controller is crucial in looking at many of these programs and looking at what are the results that we are actually getting? Government often is very good at looking at inputs, meaning how much we’re spending, not necessarily at outputs in terms of what results we are getting from it.”

His office created what’s called a Property Panel that maps every property that is owned in each jurisdiction inside the city of Los Angeles. That is a grand total of 14,000 properties throughout the city.

Galperin further expounded, “Even if we use just a fraction of these, I believe that there’s a lot of good that we can do,”

In his analysis, Galperin searches for vacant properties that are flat and are 25,000 or larger and that are available right now. His office has found 26 properties that fit the bill. Galperin says that he has mapped each project and made different recommendations based on each individual property. He believes that this will speed up the process.

Those properties that he has identified would yield 1.7 million square feet of property space that could be used for supportive or interim housing.

Galperin concluded, as quoted by the Palisadian Post, “We need to approach this with much greater urgency and much greater clarity of purpose, to be much more nimble in terms of the approach being taken by both the city and the county. The status quo … is totally, utterly unacceptable and the very future of our city, and of our communities, is at risk if we don’t make significant progress in the near term.”

The next PPTFH meeting is open to the public and is scheduled for July 25 at 7:00 p.m. PPTFH wants to encourage interested residents to attend and has issued an open invitation to all.