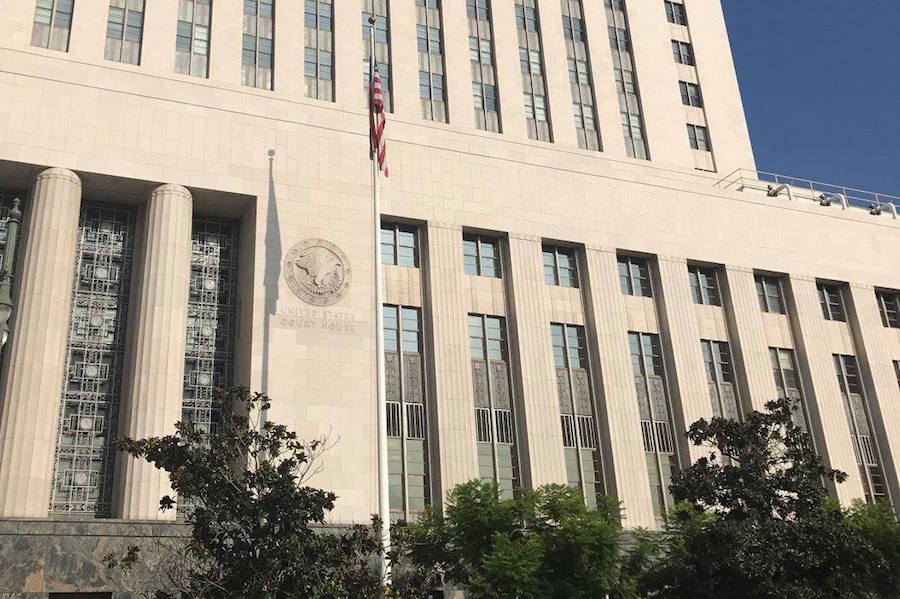 A Pacific Palisades resident and a former senior official at the Los Angeles City Attorney’s Office has agreed to plead guilty to federal extortion charges.

On Monday, the U.S. Attorney’s Office Central District of California announced that Thomas H. Peters, 55, of Pacific Palisades, agreed to plead guilty to a one-count information charging him with aiding and abetting extortion, a crime that carries a statutory maximum sentence of 20 years in federal prison.

According to prosecutors, Peters threatened to fire a plaintiffs’ attorney from a lucrative special counsel job with the city unless the attorney paid a substantial extortion demand from a former employee who was threatening to expose the city’s collusive litigation over its faulty water-and-power billing system, the Justice Department announced today.

Peters is expected to make his initial court appearance on February 7.

The following is from the Department of Justice describing the plea agreement.

Peters served as the chief of the Civil Litigation Branch of the Los Angeles City Attorney’s Office from February 2014 to March 2019. By December 2014, the city and LADWP were facing multiple class-action lawsuits over the flawed rollout of a new billing system during the previous year.

Also in December 2014, the City Attorney’s Office hired Paul O. Paradis, 58, a New York-based lawyer, and Paul R. Kiesel, a Beverly Hills plaintiffs’ attorney, as special counsel to represent the city in an anticipated lawsuit against PricewaterhouseCoopers (PwC), the vendor the city blamed for the billing system debacle in which thousands of ratepayers were massively overcharged, while others were significantly undercharged, resulting in financial losses to the city and LADWP.

In April 2015, an Ohio attorney whom Paradis had enlisted to purportedly represent Jones filed a Paradis-drafted lawsuit against the city and LADWP. Paradis secretly agreed to accept – and eventually did accept – an illegal kickback of nearly $2.2 million for steering the lawsuit to the Ohio attorney. Paradis has agreed to plead guilty to a bribery charge for this offense.

By the spring of 2015, Peters was informed by a senior City Attorney’s Office official that Jones v. City was a friendly lawsuit intended as a vehicle for the city to settle globally and on its desired terms all claims related to the LADWP billing debacle, that Paradis had referred the case to the Ohio attorney for that purpose, and that the senior City Attorney official had directed and authorized this strategy before the complaint was filed.

Despite objections in an internal email in August 2015 from the city’s class action counsel that a proposed $13 million attorney fee award was unjustifiably high because, in part, the Ohio attorney had done “little demonstrative work to advance the interests of the class,” the city agreed to the fee proposal.

In July 2017, a Los Angeles Superior Court judge issued final approval of the $67 million settlement agreed to by the parties in Jones v. City, including approximately $19 million in plaintiffs’ attorney fees.

According to the plea agreement filed today, on November 16, 2017, Peters learned from Paradis that a former long-time employee of Kiesel’s – identified in court documents as “Person A” – had stolen or improperly retained from Kiesel’s law firm certain documents that would show the city’s undisclosed collusion with the Ohio attorney in the Jones v. City lawsuit. Person A had threatened to reveal the documents if Kiesel did not pay her to return them.

Peters, who knew Person A from when they worked together at Kiesel’s law firm, understood that she had demanded payment of more than $1 million. Person A also threatened to appear at the next hearing in the City v. PwC case – scheduled for December 4, 2017 – in which the court was set to hear arguments on PwC’s motion to compel the city to produce the Jones v. PwC draft complaint. Peters knew that this document would lead PwC to discover the undisclosed collusive origins of the Jones v. City case, which would be damaging both to the city’s litigation position and to the reputation of the City Attorney’s Office.

On November 17, 2017, Peters met with Kiesel, Paradis and Paradis’ law partner to discuss Person A’s threats. Kiesel complained that Person A’s threats and demands constituted extortion and expressed reluctance to pay her. During this meeting, Peters ordered Kiesel to pay Person A’s monetary demands – if necessary – or potentially be fired as the city’s special counsel in the PwC litigation. Peters did not have the direct authority to fire Kiesel.

By the time of the November 17, 2017 meeting, Kiesel and his law firm had invested thousands of hours of uncompensated labor into City v. PwC. Additionally, Kiesel had borne more than $30,000 in non-labor costs on behalf of the city for the PwC litigation.

On December 1, 2017, Peters met with other senior members of the City Attorney’s Office and updated them on the status of Person A’s threats. The update included the fact that Kiesel had unsuccessfully attempted to negotiate with Person A at LADWP headquarters, and the fact that Person A had threatened to appear at the City v. PwC hearing the following Monday and reveal the documents showing the city’s collusion. Among other things, Peters conveyed that Kiesel had described Person A’s threats as “extortion.” Peters was directed to take care of the situation, and he agreed to do so.

After the December 1, 2017 meeting, Peters sent a text message to Paradis advising that senior leadership at the City Attorney’s Office was “not firing anyone at this point” – meaning that a decision to seek termination of the special counsel contract had not been made at the meeting – but warning that others were concerned about “the prospect of a sideshow” if Person A made good on her threat to appear in court the following Monday and reveal the documents showing the city’s collusion.

On December 4, 2017, Peters, Kiesel, Paradis and Paradis’ law partner, along with a friend of Kiesel’s who knew Person A, attended the hearing in City v. PwC. Person A appeared at the December 4 hearing and attempted to give documents to a court employee, who advised Person A that the court would not accept documents from a non-party. Person A approached the lead counsel for PwC with the documents, stating that she had information that could help PwC’s case. PwC’s counsel exchanged business cards with Person A and asked her to call him.

Kiesel’s friend – acting at Kiesel’s direction – then approached Person A and asked to reinitiate negotiations of her monetary demands to Kiesel.

After the hearing, Peters, Kiesel, Paradis and Paradis’ law partner met in Peters’ office, where Peters reiterated that Kiesel needed to pay Person A’s monetary demands to obtain the return of the documents, or he would be fired, which would mean significant financial losses to Kiesel and his law firm.

On the evening of December 4, 2017, Person A, Kiesel and Kiesel’s friend met at a restaurant and further discussed Person A’s demands. At the dinner, Kiesel agreed to pay $800,000 to Person A to prevent her from releasing the documents.

At approximately 9:15 p.m. on December 4, 2017, via text message, Kiesel informed Peters of the terms of the agreement reached with Person A, including that Kiesel would pay Person A $800,000 and that Person A would return the documents to Kiesel. Peters replied to Kiesel later that night, stating, “Good job,” and directing Kiesel to ensure that there was a strong confidentiality agreement with Person A regarding the $800,000 payment and the documents.

In May 2019, after Peters had resigned from the City Attorney’s Office, he received an inquiry from that office asking what he recalled about the 2017 payment to Person A. Understanding that the City Attorney’s Office was probing whether Peters would, if asked by someone outside the city, reveal the extortion or the underlying collusion, Peters falsely replied that the matter had only involved an employment dispute.

According to his plea agreement, Peters conveyed that he would continue to conceal the extortion and collusion by intentionally omitting from his reply that the “settlement” had involved Kiesel paying Person A $800,000 in extortion money to conceal the city’s collusion, that Peters had directed Kiesel to satisfy Person A’s monetary demands or be fired as special counsel, and that Peters had discussed the situation with and received direction from senior members of the City Attorney’s Office.