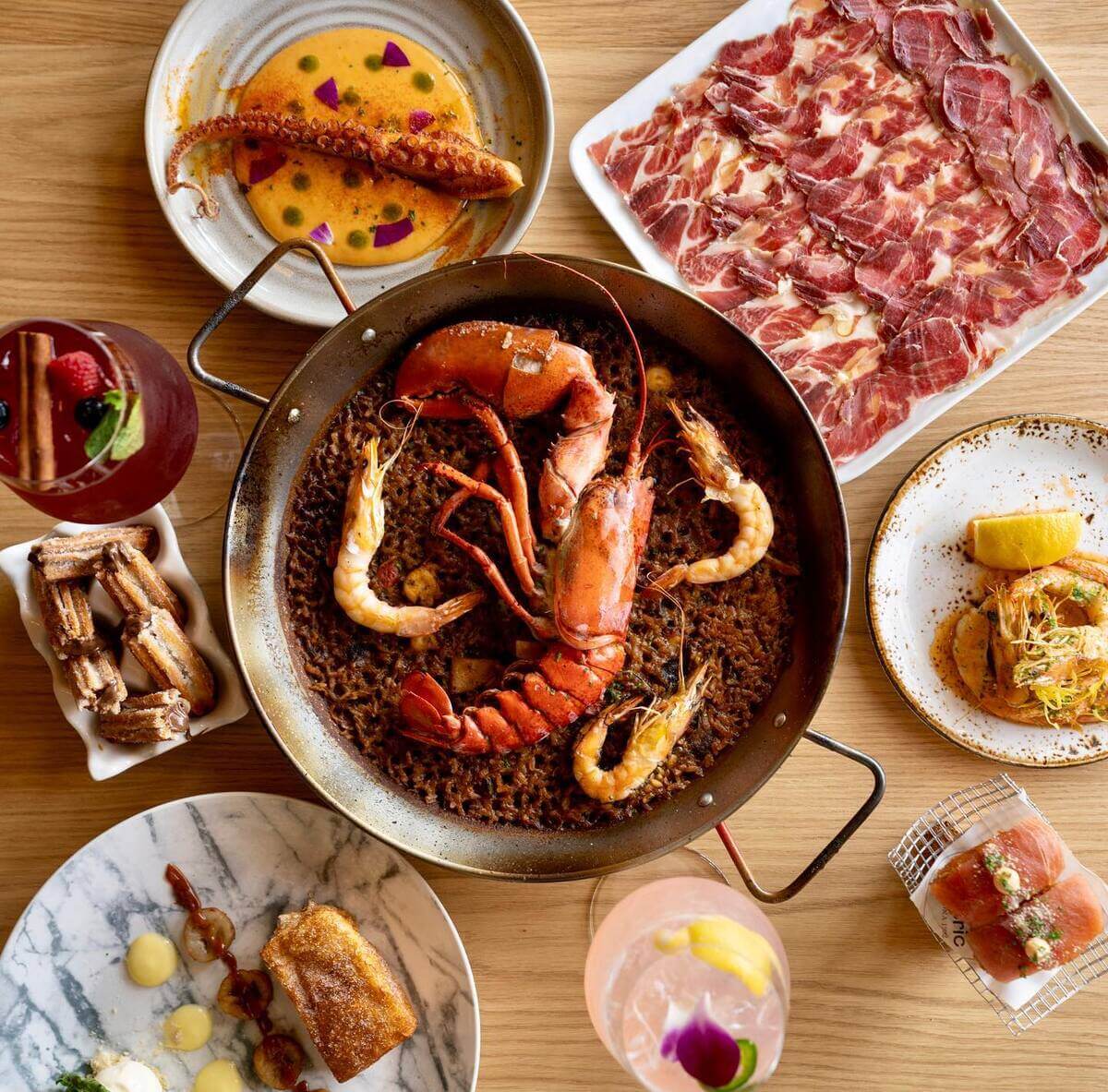 You will soon be able to find authentic Spanish tapas and paella in Brentwood at 11930 San Vicente Blvd at Telefèric Barcelona as reported by What Now Los Angeles.

Xavi and Maria Padrosa are the brother and sister team that founded Telefèric Barcelona, which has two locations in Spain and another three in Northern California. Their mother founded the family’s first restaurant in Sant Cugat del Vallès in Catalonia over thirty years ago. The new Brentwood location, as reported by Toddrickallen, will replace Vincenti Ristorante.

The food will definitely be authentic Spanish cuisine and according to the restaurant’s website will include “seven different types of paellas served alongside tapas such as Jamón Ibérico, Croquetas & their iconic Galician octopus.” Tapas are traditionally small plates of appetizers or snacks that can be served cold or hot and when combined in quantity become an entire meal that is frequently shared among friends in a bar atmosphere. Paella is a slow simmered rice dish originally from the Valencia region of Spain that has become so popular that it is considered a Spanish national dish by people from outside of the country.

The restaurant will also serve pintxos, the Basque-style small snack, like the restaurant’s Tartar bun made of marinated salmon tartar, brioche, Sriracha mayonnaise, and caramelized almonds and platos or full plate dinners like the Catalan Tomahawk 40 Oz or a premium ‘chuletón’ with potatoes and a set of dressings.