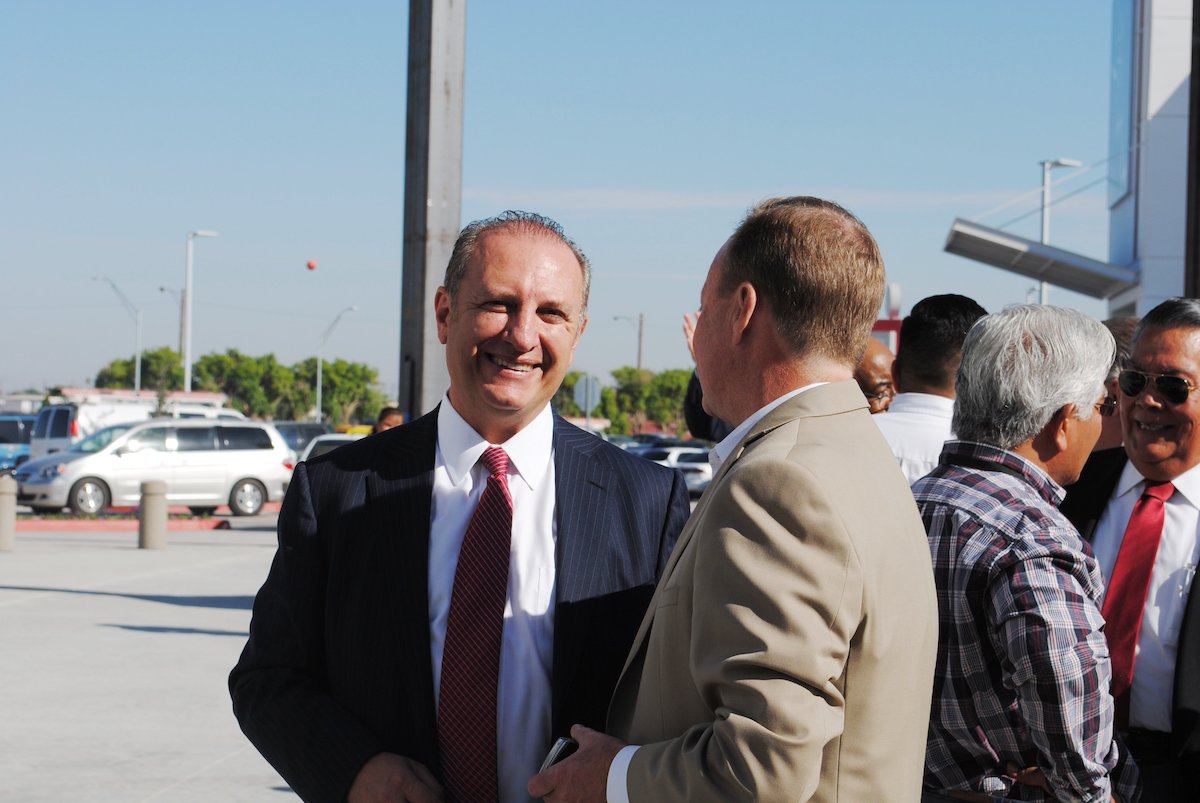 Arman Gabaee faces up to 10 years in prison

A Beverly Hills developer faces up to 10 years in federal prison for offering to buy a million-dollar home for a Los Angeles County public official in exchange for assistance securing a $45 million county lease.

Arman Gabaee, 61, a.k.a. “Arman Gabay,” of Beverly Hills, plead guilty April 27 to one count of bribery, a crime that carries a statutory maximum sentence of 10 years in federal prison.

Gabaee will enter his guilty plea on May 2 before United States District Judge George H. Wu. He also has agreed to pay a fine of at least $1,149,000 and any restitution ordered.

Gabaee was a co-founder and co-managing partner of the Charles Company, a Hollywood-based commercial and residential real estate development firm. The then-county official whom Gabaee bribed was Thomas M. Shepos, 72, of Palmdale, who worked in Los Angeles County’s Real Estate Division and was involved in awarding contracts to real estate developers and contractors.

According to his plea agreement, beginning no later than 2011 and continuing until April 2017, Gabaee paid Shepos bribes and kickbacks of approximately $1,000 per month in exchange for county leases, preferential contract terms, non-public information and other benefits. From December 2016 when Shepos began cooperating to April 2017, Gabaee paid Shepos $6,000 in cash bribes during meetings Shepos secretly recorded at the direction of the FBI.

Further, in 2017, Gabaee offered to buy Shepos a Northern California home – then worth more than $1 million – in exchange for Shepos’ assistance securing a county lease in the Hawthorne Mall, which Gabaee owned and was redeveloping.

“Gabaee wanted the county to enter into a 10-year, $45 million lease for county departments to rent office space in the Hawthorne Mall,” prosecutors said.

During other secretly recorded meetings with Shepos, Gabaee first offered to purchase him a home listed at $1,199,000 in Sonoma County. Upon learning that this property was already in escrow, Gabaee offered to buy Shepos a different house, listed at $1,095,000, and also located in Sonoma County. Gabaee placed two offers on this property, first for $1,035,000 and later for $1,065,000. Gabaee admitted in his plea agreement that he rescinded the second offer hours after he made it because FBI agents had approached and informed him that they were aware of his bribes to Shepos.

Shepos pleaded guilty in November 2018 to one count of making false statements to federal investigators who were investigating his financial relationship with Gabaee and one count of subscribing to a false tax return related to payments he received from Gabaee. Shepos is scheduled to be sentenced on June 27.