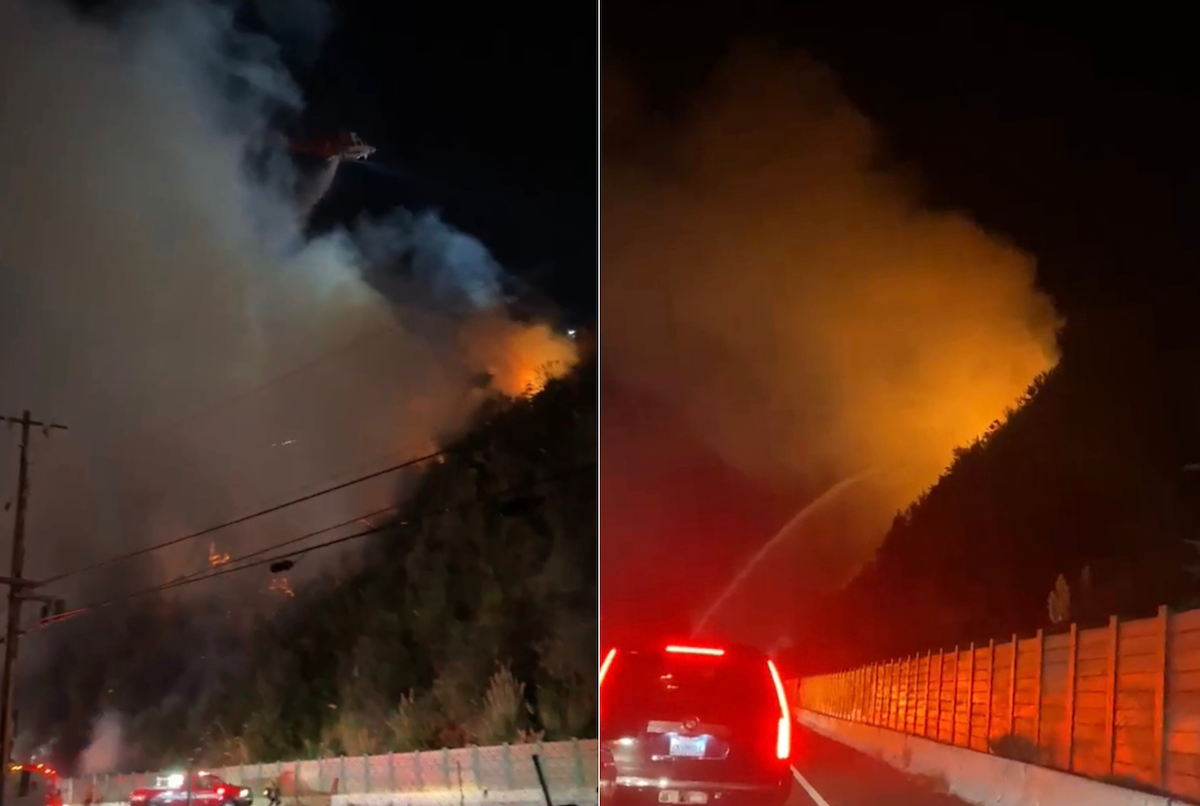 According to the Los Angeles Fire Department (LAFD), the incident was reported on Sunday around 8:45 p.m. at 15045 Corona del Mar in Pacific Palisades. Firefighters arrived on the scene to find flames burning uphill in medium-to-heavy brush between Pacific Coast Highway and Corona del Mar.

It took 65 LAFD personnel, Los Angeles County Fire Department crews and firefighters from neighboring agencies around an hour to put out the blaze. No structures were damaged in the fire, which was con contained to around two acres.

The LAFD did not implement any formal evacuation orders.

There are no reported injuries.

The fire’s cause remains under investigation.