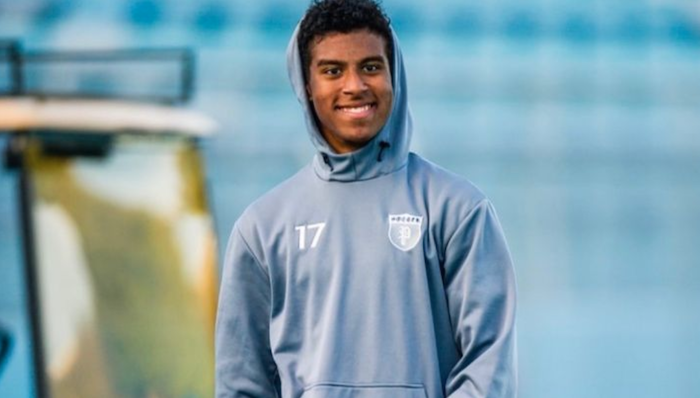 Palisades Charter High School mourned this week the death of 17-year-old Shane Thomas, a member of the Dolphin soccer team, who passed away likely due to heat while practicing in triple-digit temperatures.

Thomas– an All-City soccer player set to be the Dolphins’ captain next season–was training last Saturday at a park in Chino Hills with FC Golden State, a club soccer team. According to Thomas’ sister Cheyenne, he left the field to take equipment to the coach’s car. When Thomas did not return, teammates began searching for him before finding him unresponsive.

“He was found after practice away from the field and we are all devastated here at the club,” said Jimmy Nordberg, executive director of FC Golden State, in an email to Patch. “We are truly saddened by his loss and our thoughts and prayers are with his family,”

According to the San Bernardino County Sheriff Coroners office, Thomas was discovered collapsed at 12:15 p.m. He died at 1:13 p.m. after being transported to Valley View Medical Center.

“I started crying, I didn’t want to believe it. I know he was training, doing what he loves best. He was really excited for this season,” Pali High soccer coach Marvin Lemus told the Los Angeles Times.

The Coroner says Thomas’ death was likely heat-related but a final determination won’t be known until the autopsy is completed. At noon last Saturday, temperatures in the area reached 111 degrees, Patch reported.

Following Thomas’ death, a memorial was set up in front of Pali High in his honor.

“I will miss you so much. You always made me smile when I was down. I will accomplish many things for you. You always motivated me to do my best. I will forever love you,” reads a note written on a poster at the memorial.

A GoFundMe was created this week to help Thomas’ family raise money to cover funeral costs.

“A young 17 years old boy who was doing what he loved ⚽️⚽️ before his passing. Shane was determined, hardworking, graceful smart and all-around a beautiful soul. He touched the lives of so many and it’s our turn to give back to his family in their time of need,” GoFund me to cover the cost of [the] funeral,” reads the GoFundMe.