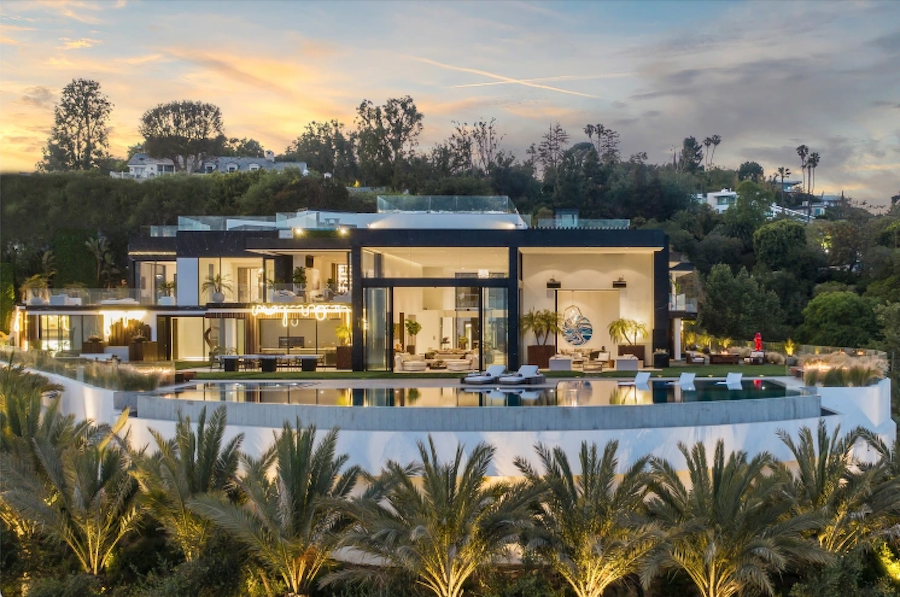 The seller of an extravagant Bel Air mansion is furious after the property flopped at a recent auction, with the highest bid coming in at $42 million under the listing price.

The mansion, located at 777 Sarbonne Road in Bel Air, was auctioned online by Concierge Auctions earlier this month for $87.8 million. The final bid accepted in the five-day auction was $46.8 million.

The home’s seller is Alex Khadavi, a celebrity dermatologist and developer. Khadavi put the property on the market last year and, as reported by CNBC, he filed for Chapter 11 bankruptcy protection two weeks after.

Despite amenities including a hydraulic DJ booth, a black marble car showroom and a glass and marble bridge above the foyer, the auction this month failed to meet the $50 million reserve, the lowest price Khadavi would entertain.

As reported by CNBC, Khadavi owes tens of millions of dollars to several creditors. He was hoping the auction would produce a sale large enough to cover this debt.

Normally, a seller does not need to accept a bid below the reserve price. Khadavi’s property, however, is more complicated because it’s part of bankruptcy proceedings. The highest existing offer on the mansion will be considered by the court. If the court approves the sale, it will move forward, whether Khadavi likes it or not.

Concierge Auctions had no comment for CNBC on why bids started below the reserve, other than a statement from the company’s president, Chad Roffers.

“After a spirited auction, the bidding is closed and the high bid is in the hands of the Trustee. With over 80 qualified showings in the last 60 days, we are confident market value was delivered,” Roffers said.

If the court approves the sale, the final deal will include a 5 percent auction fee, paid by the buyer. That would bring the total price to just over $48 million, making it the fourth most expensive home ever to sell at market.

By Sam Catanzaro May 28, 2022
in News, Real Estate
Related Posts