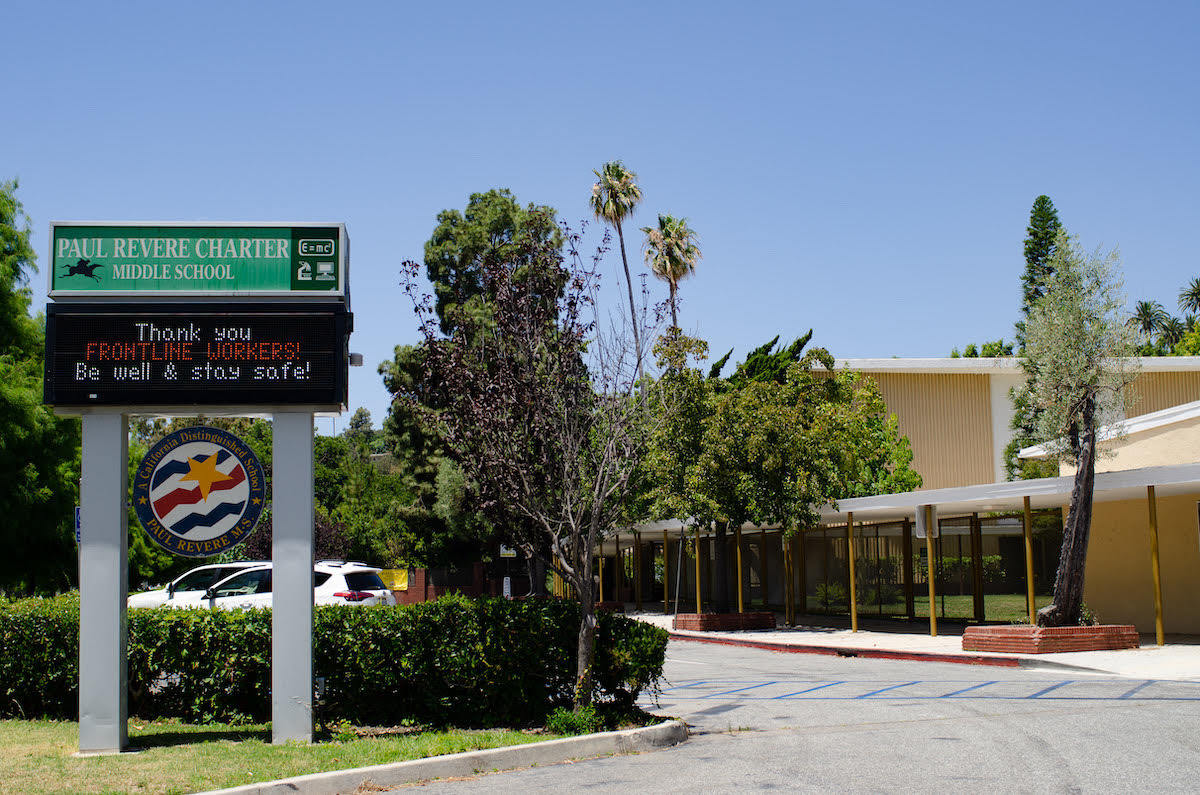 Suspects remain at large in connection to April 2 incident

Paul Revere Middle School suffered a burglary earlier this month when thieves entered the campus and stole Apple TVs from the school library.

According to the Los Angele Police Department (LAPD), the incident took place on April 2 around 12:30 p.m.

Police say that an unknown number of suspects entered campus, gained entry the library and removed 44 4K Apple TVs before fleeing to an unknown location. The suspects left 16 Apple TVs behind, according to school officials.

Police have no further information about the incident.

An earlier version of this article stated that 16 Apple TVs were stolen. The actual number is 44.