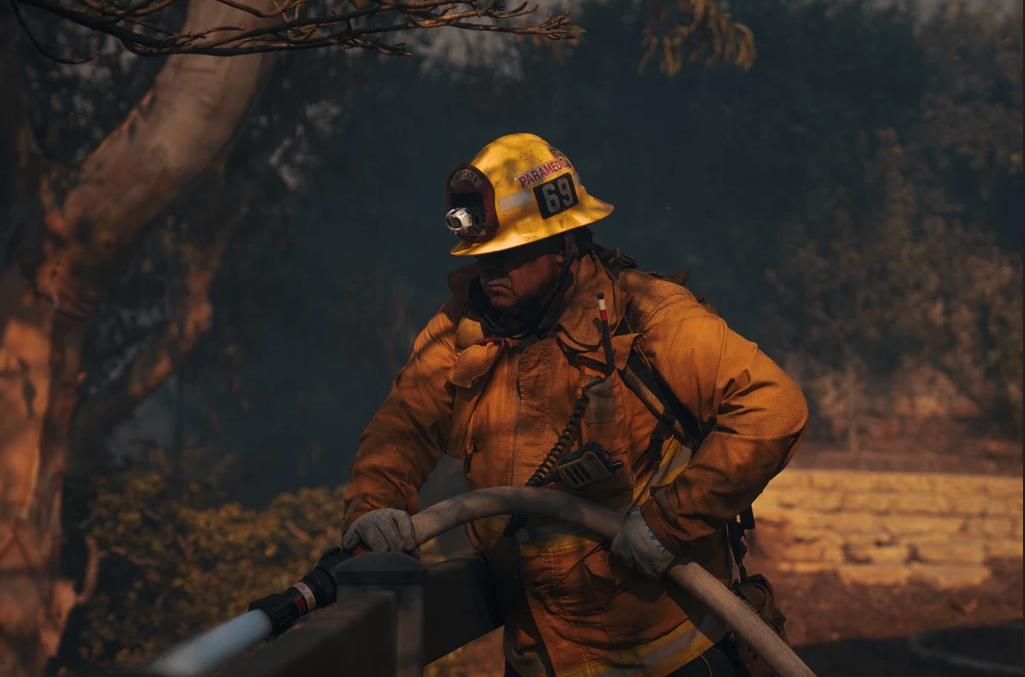 The Palisades and Getty Fire burned nearly 800 acres combined and destroyed 10 homes while forcing widespread evacuations for many Palisades and Brentwood residents but the damage could have been greater if not for the hard work of the fire responders. In the wake of this disaster, residents and city officials will come together for a town hall to debrief on recent fires and show appreciation for those who risked their lives.

“Recent fires are an example of good planning and preparation paying off, there are also lessons we can learn from the experience that will help us keep you safe as the risk of wildfire persists. The community event will begin with a showcase of LAFD equipment on the athletic field at Paul Revere Middle School and will continue in the auditorium with a community debrief on recent fires and a chance for neighbors to ask questions,” said Councilmember Mike Bonin.

The Los Angeles Fire Department (LAFD) alongside Bonin
are hosting an informational town hall meeting on Saturday, November 9, 10 am – 12:30 pm at Paul Revere Middle School to discuss this wildfire season, recent fires and to introduce residents to some of the Department’s firefighting resources and gear. Visit http://bit.ly/Bonin-LAFD-TownHall-Nov2019 to find out more about the event and to RSVP.

The fire, which broke out in the Sepulveda Pass near the Getty Center around 1:30 a.m. Monday, October 28, burned 745 acres before the firefighters fully contained the blaze on November 2. According to the LAFD, 10 structures were destroyed and 15 damaged as 7,091 residential buildings were threatened by the blaze. The Getty Center was not damaged by the blaze.

The LAFD says the fire was sparked by a tree branch falling on a powerline.

Throughout the week the fire forced mandatory evacuations for much of Pacific palisades and Brentwood. Even though the fire itself was not burning directly next to many areas under evacuation, some of the strongest Santa Ana Winds of the decade forced officials to take extra precautions.

Over 700 personnel combatted the fire and according to the LAFD, five firefighters suffered non-life-threatening injuries in action.

The Palisades Fire broke out around 10:30 a.m. Monday, October 21 near 800 N Palisades Drive, burned 42 acres and damaged eight structures over the course of a week.

“Thanks to firefighters, police and first responders…They ran towards the fire while helping us safely evacuate with our families.”

“Thanks to firefighters, police and first responders,” reads the joint message. “They ran towards the fire while helping us safely evacuate with our families. The Pacific Palisades and Brentwood Community Councils are deeply grateful for the efforts of our heroes, firefighters and first responders and ask that everyone consider supporting organizations that care for our heroes when they and their families are in need.”